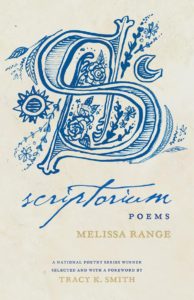 This coming week I’ll be attending Lesley University’s Cultural Literacy Curriculum Institute and l’ve spent the past few days doing the assigned reading to prepare for the workshop.  One key text is Coates’s Between the World and Me, which was a campus-wide read a couple of years ago. I read it then but wanted a refresher for this year’s discussion. Last night I poured myself a glass of nice chardonnay and settled in with Coates. My reflections here come from my English professor/medievalist side – there are many ways to discuss this important text, but I want to make some generic connections between Coates’s letter to his son and varieties of medieval literature.

The word “text” in the previous sentence is crucial. Like Virginia Woolf and many other (post)Modernist writers, Coates is playing with genre.  The Library of Congress call # for Between the World and Me begins with E185, placing it in the overall category of “History of the Americas.”  But Between the World and Me is probably not a history book. It could be classified as a memoir, or an autobiography, or a political essay, or cultural critique – or all of those things at the same time. It defies easy classification and in doing so challenges the way that we usually examine texts or apportion different readings to different disciplines or departments. I suspect that Coates is not often taught in a literature class, but he is indeed a literary artist and is also very aware of his work as part of a literary tradition (he tells us that he spent most of his sophomore year in the library, after all).  Coates is on some levels emulating the medieval genres of conduct literature and the public epistle. In this very contemporary, politically charged text, he draws on some of the oldest western literary traditions.

Conduct literature – advice from an adult to a younger person – is as old as human civilization.  The genre exploded in the European Middle Ages with conduct manuals in every European vernacular as well as Latin (Johnston’s Medieval Conduct Literature is a great introduction). Some were written by actual parents for actual children; others by spiritual or fictional or metaphorical adults.  Women as well as men wrote these advice manuals – one the earliest known medieval women writers was Dhuoda, a ninth-century Frankish aristocrat who wrote a conduct manual for her son. In providing reflection and advice for his son, Coates is treading this well-worn path. Also like these medieval authors, Coates knows that his actual audience is much broader than simply his biological child.

The public letter also has roots that go further into the past than the medieval period — the notion of the letter as a private exchange between two people is a modern idea.  In the Middle Ages, letters were understood as public documents that circulated far beyond the original writer and recipient, socially, geographically, and chronologically. Unless they specifically directed otherwise, letter writers assumed that the letter would be read aloud in a quasi-public setting in front of a group or community. Since literacy was not generally available, people of all social classes relied on literate men and women to write and read their correspondence. When Gregory the Great sent a letter to Abbot Mellitus about the conversion mission to England, he did not know specifically that Bede would copy it over one hundred years later into the Ecclesiastical History, but he did know that he was proclaiming policy that would be widely and publicly shared throughout the church community. Throughout Between the World and Me, Coates occasionally uses “you” to remind us, his general readers, of the fiction that the text is actually addressed only to his son. If he had wanted simply to write a letter to his son, he would have done so in our modern sense of composing private correspondence that is not generally shared with others (after all, it is a federal crime to open mail addressed to someone else). The epistolary form of the text thus provides a sense of intimacy, of privacy, between the modern author and his audience. The medieval, public form of the letter combines with our modern sense of the privacy of correspondence to create an effective and affective generic blend.

I suspect that my colleagues in the Cultural Literacy Curriculum Institute will have discussion focuses far from literary genre when we get to Between the World and Me next Wednesday.  Coates’s work is brilliant in many ways, and I’m looking forward to learning more about how it can affect my pedagogy and the multicultural goals of my university.  As the Massachusetts Medievalist, however, I also want to celebrate the ways that Coates deftly uses medieval traditions of genre to establish a trustful and intimate relationship with his audience.