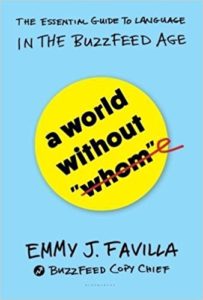 This week, the Massachusetts Medievalist road tripped to Yale’s Beinecke Library to see “Making the Medieval English Manuscript: The Takamiya Collection in the Beinecke Library.” (Nota bene: the exhibit closes on 10 Dec!) While there are many stunningly beautiful and interesting items in the exhibit, I want to focus on Takamiya MS 56, which the catalog officially terms a “prayer roll” but is also described as a “‘birth girdle,’ which, if worn, would protect women in childbirth” (Gathering 29). It’s a long, thin strip of parchment, about five and half feet long and only three and half inches wide. Its use was quite literally as a girdle or belt, wrapped around a woman in labor to protect her and the child, and to help her with the pain. The prayers and invocations are in Middle English and in Latin, so this is a multilingual women’s artifact from the first half of the fifteenth century.

As with many of the items in the exhibit, I wanted to have a more thorough look than that provided by the display cases. While I’m sure the curators wouldn’t allow it, I’d really like to unroll the entire item (advertised then and now as “equal to the height of the Virgin Mary” – at 1730mm, the Virgin was slightly taller than me?) to see all of the images and prayers and then perhaps wrap it around my own midriff, checking the artifact for signs of similar usage hundreds of years ago. Are there creases or dents or stains that could indicate use during active labor? Could it have torn or frayed or abraded during an unusually intense contraction? Did a laboring woman feel a sense of relief when it was applied? As I stood in the Beinecke lobby, suddenly thinking about the deliveries of my own two daughters with all the benefits of twentieth-century techology, I felt an odd kinship with an imagined series of medieval English women who labored with the help of this manuscript rather than with epidurals and other modern technologies. They were, I hope, soothed by the prayers and the physical application of this talisman.

Once the exhibit is taken down, MS 56 will go into storage, retrieved when requested to be viewed in the reading room; I hope it will also be digitized and made available online for those unable to travel to New Haven to see it. I’m sure some enterprising scholar will do an edition (and translation?) of the bilingual prayers it contains.  But I also hope that people who work with it, virtually or actually, will take a moment to think about the real labor pains of the real women who used this item 600 years ago, before epidurals or spinal blocks, and who endured the fear and risk of childbirth, protected only by their own strength and that of a devotional and wearable text.